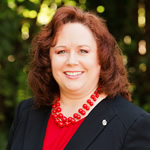 Getting a divorce without ever going to court may seem too good to be true, but as I am learning in my collaborative law training, not only is it true, it is simply the only sane way to handle what often seems like an insane situation. I...
Read more
SuAnne Bryant
Permalink
Davis Law Group, Family law
Chesapeake, collaborative, collaborative divorce, divorce, Hampton, Hampton Roads, Newport News, Norfolk, North Carolina, Outer Banks, Portsmouth, Suffolk, Tidewater, Virginia, Virginia Beach
Comments are closed
1038
0
0

How many of us have heard the words "I bought a house," only to discover later on that the "deal fell through." In reality what happened was that a contract was signed for the purchase of a home but some contingency in the agreement could not be satisfied so ownership never transferred from the seller to the buyer. In a case like this misunderstanding is often the result.

Have you ever wondered what happens if you die without an estate plan? Have you thought about all of the energy spent during your lifetime to maintain privacy and protection as it relates to your business affairs, finances or your children, and wondered what happens when you are gone? These two questions are actually related because the state you live in has a plan for you at your death, and it doesn't necessarily include the protection you would desire for your business, finances or your children.

The position taken in the current administration's warfare against the "rich," is that they need to pay more in taxes (their fair share), and if they do, the budget will be balanced and all will be well with the American economy. The Tea Party has accurately pointed out that the "rich" are already paying the majority of the taxes and that over 51% of Americans --- DON'T PAY ANY TAXES AT ALL. The Tea Party has also shed considerable light on the fact that additional taxes imposed on the rich would be insignificant when compared with the current amount of spending in Washington. In other words, we don't have a revenue problem, we have a spending problem.